"Bichon Frises are considered medium-high intelligent dogs, and they are very obedient if training is started early and continued constantly."

Other names for this breed:Bichon à poil frisé, Bichon Tenerife

The Bichon Frise is a cute, curly, fuzzy dog that is designated as a non-sporting toy dog. They are known today for being hypoallergenic, as well appearing like a small poodle. If you are looking for a dog that will not make you sneeze quite as much, but is still playful and sweet, a Bichon Frise might be the dog for you. Read on to learn more about what they look like, how they act, and how to care for them. We will also tell you more about their long history.

Bichon literally means small haired dog. For many years, these cheerful little dogs were the favorites of sailors. They used them as companion dogs, or would trade them for other goods and services while on shore. A Bichon was also a common companion of organ grinders and travelers in the circus by the time of Napoleon. In the 1930s, the National Kennel Club of France officially recognized them. It was not until the late 1950s that they came to the US. By the 1970s they were officially recognized by the AKC and allowed to enter their various shows, and it was not until 2001 that a Bichon Frise won Best in Show.

The Bichon Frise comes in only a few colors. The most common is white, and white dogs are preferred to show. At most they will weigh around 20 pounds. They do not typically get larger than a foot tall. Their tail is very long and curly, usually arching over the back. Ears are left natural. Despite being smaller, the dog appears to have limbs and a head in proportion with other parts of its body. The coat of a Bichon can be cut and trimmed in a variety of styles.

These little dogs are very merry and affectionate. Most find that they do well with even young children or other pets in the home. People find them sociable, playful, and pretty energetic. It is not usually an issue for them to meet new people or go to a new place. You should know that they will demand a lot of your attention, as they love companionship and to be loved in return. In some cases, they may become territorial. Obedience is easy to train in a Bichon Frise. Just be sure to get started with it early and to keep it up.

Due to their unique coat (which is great for people with allergies to pet dander) a Bichon Frise must be brushed on a daily basis. They also require grooming every few weeks and regular baths. Be sure to take them on daily walks, as they will really want to go on them with their energy levels being as high as they are. Show them lots of attention by letting them sit on your lap or petting on them. You will want to feed them a proper diet for their size, just as you would any other dog. 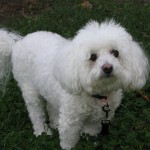 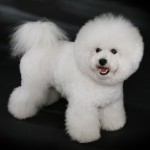 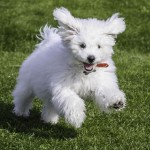 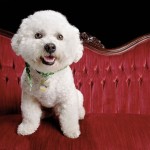 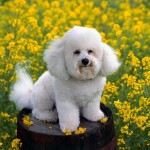 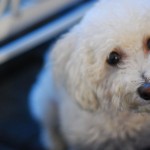 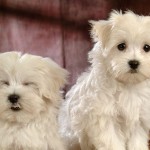