"Early socialisation can ensure your bull terrier gets along with other dogs and animals."

Other names for this breed:Bully, Gladiator, English Bull Terrier

Color:White, brindle and white, fawn, and black and white 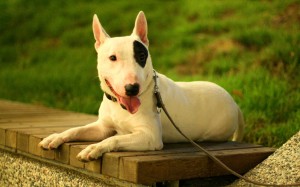 The bull terrier is instantly recognizable due to their strange shaped head that some say appears like an egg. You might also recognize these cocky little dogs due to their swaggering gait. Bull terriers, although originally bred for fighting, make fantastic pets. Here, we will tell you about the history of this breed. We will also tell you about its unique appearance, attitude, how to care for such a dog, and much more.

James Hinks is the name of the breeder who originally started breeding ancestors of bull terriers. These dogs were the cross of two breeds known as bull and terriers and English White Terriers. Over time, these dogs would become three distinctive breeds known as bulldogs, terriers, and Dalmatians. In 1917 Lord Gladiator was a dog that was recognized as the first modern bull terrier. Originally, all the dogs were white. With time, however, a bit of color was introduced to the gene pool. It was not until later that the distinctive skull shape developed. Soon, these dogs were seen more as great companion animals and less as fighters.

We have mentioned several times the egg shape of the bull terrier’s head. They are also a medium to large breed of terrier. Some people immediately recognize them by their almost black or brown triangle shaped eyes which are very deep set within their skulls. Jaws on these types of dogs appear to be very strong. They can vary in color from all white to red and white and brindle and white. All bull terriers appear stout at the shoulders with plenty of muscles. A dog which is even smaller than the bull terrier, but similar in appearance, is known as the miniature bull terrier.

By far, most owners describe their bull terriers as being cocky, stubborn, and smart. They are a dog that can get along on their own. However, their stubbornness makes it challenging for owners to train. Without early and proper socialization, bull terriers may try to make other animals they are housed with their prey. Know that this dog is a pretty rambunctious breed that is also lovable and pretty playful. Some even refer to their character as being a bit childlike. If you do not do your best to keep them occupied physically and mentally, they could destroy your property.

Bull terriers, despite their rambunctious nature, are meant to be kept indoors, but should be allowed to play from a half hour to an hour each day. Do your best to play with them as often as possible. Brush them each week. Instead of bathing them, just wipe them down with a damp cloth. Keep them warm in winter by putting them in a sweater or coat. Bull terriers do well with older children, but not so much so with younger children. When training them, be sure that you understand that you must be patient.

Although most of these dogs are medium in height, there is no size standard. There is also no coat coloration standard. These dogs should appear to be very strong. Each one of them has a very short tail. The perfect body type is described as being similar to a working quarter horse body. The egg shaped head is very important, as is a strong, deeply set underjaw. Eye size, placement, and shape is also an important part of the ring standard for bull terriers. Ears are very small and thin, and high on the head.

Most of these dogs are relatively healthy and will live between a decade and a decade and a half. In white dogs, though, deafness does occur in about 1 in 5 puppies. This deafness is much less likely to occur in colored puppies. Skin allergies is also very common in bull terriers. Keep them free of fleas, away from mosquitoes, and mites. Hereditary Nephritis is also a kidney disease that can occur in very young bull terrier dogs. Heart disease may also occur and typically first manifests itself in the form of a heart murmur, which may get better over time.

Getting Your Own Bull Terrier Puppy

Bull terriers are very popular puppies. This is why it is stressed that if you are looking for a bull terrier puppy, you only buy them from a reputable kennel. Do your research to avoid buying them from puppy mills. The Bull Terrier Club of America has a very helpful list of reputable rescues, as well as kennels. You might also be able to find more information about reputable sources to purchase these puppies online. Individuals might have them for sale. Always use caution when you are purchasing them from anyone other than kennels who specialize in the breed. 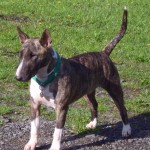 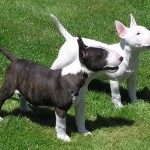 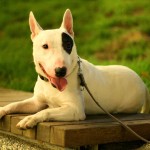 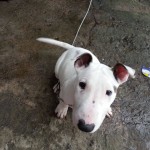 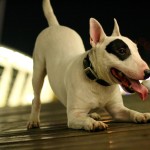 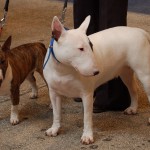 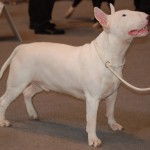 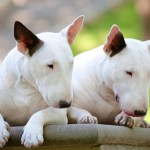 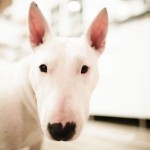 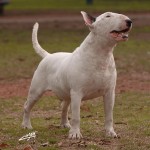 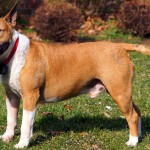