"French Bulldogs require very little exercise, but do require daily walks. They can't live indoors due to their inability to regulate their temperature efficiently."

Other names for this breed:Bouledogue Français

Are you looking for an adorable, clowning companion dog? Want on that is small enough to live in an apartment, but big on personality? Then the French Bulldog, or Frenchie, might be for you. If you are looking for a distinctive looking dog that will be with you till the bitter end, then this might be the right choice for you. Here, we will tell you more about the French Bulldog breed. We will tell you about the temperament of this breed, how to care for them, and more.

The French bulldog first came to France via England. In the 1800s, lace makers brought their small lap dogs with them to the country. Over time, these dogs became so popular in France that very few of them remained in England. Americans who visited France in the late part of the 19th century fell in love with these new, small dogs. After they were introduced to the US, high society ladies found them to be wonderful show dogs and great friends. Today, they are still the 11th most popular breed in all of America.

French Bulldogs are very small dogs. They cannot be over 28 pounds with a well-proportioned, stout, and compact body. They have short, smooth, shiny fur. Their skin hangs loosely about the dog’s body, and forms wrinkles around the face, shoulders, and head. These Bulldogs come in a wide variety of colors, including fawn, white, brindle, brindle with patches, or even tan. The nose and flews of this breed should almost always be black, or a light brown. Eyes are typically dark shades of brown, with no white of the eye showing. Female dogs most often appear a bit differently than male dogs do.

Most would say that their French Bulldogs act like big clowns. Although they readily attach to people, they can be a bit challenging to train. Some find them very willful. Because of their function as a lap dog, Frenchies must have a lot of contact with people. They also do not require a lot of exercise like some other breeds. You will find that they are quiet, for the most part, and very sweet with people that they love. For the most part, Frenchies are fine with living with other dogs, and get along well with children.

Because of their snubbed nose and the selective breeding for their size, Frenchies suffer from many health concerns. They are extremely sensitive to heat and cold and have issues regulating their body temperature. Spinal and knee problems are very common. An inverted third eyelid, called Cherry Eye, is another common condition in French Bulldogs. Glaucoma and cataracts in puppies sometimes occurs. 8 of 10 of all litters birthed by this breed are artificially inseminated and require caesarian section surgery for delivery to be successful. If your dog has a coat that is of a lighter color, they might develop tears stains.

As owners, you must take special care to keep your French Bulldogs indoors and carefully regulate their temperature. Skin folds under their eyes have to be cleaned, but dried. You should take your Frenchie on daily walks. When it comes to grooming, Frenchies are very easy to care for. They require little brushing, and can be cleaned with a wet or damp cloth. If your dog will be kept with other dogs, you must socialize them very early. Understand that training your Frenchies will take quite a bit of patience because of their willful attitudes.

As mentioned before, French Bulldogs are a pretty varied breed. There are a few things, however, that will get them disqualified from the ring. Absence of the bat shaped ears is one thing that will get them disqualified. Eyes of two different colors will, as well. Hare lips, or any other visible flaw in the dog will instantly disqualify them from show. So, too, will the absence of the tell-tale folds around the neck, face, and shoulders. Only lighter colored dogs can have lighter colored noses other than black. So organizations do not allow for some colorations of the dogs. Curly tails are not allowed.

Getting Your Own French Bulldog Puppy

Care should be taken to acquire your French Bulldog companion from a legitimate rescue or kennel. Failure to do so might result in a puppy that exhibits many of the health issues discussed above. There are lots of clubs dedicated to the French Bulldog breed. For more information about reputable places to buy your own French Bulldog puppy, you should get in contact with one of them. Any individual that is selling French Bulldog pups should be thoroughly vetted by one of these organizations. French Bulldog mixes may also show up, from time to time, at your local shelter. 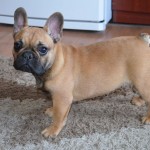 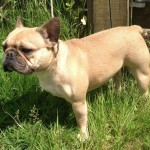 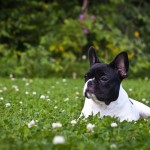 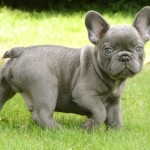 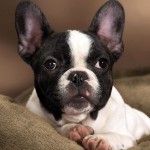 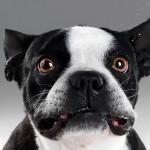 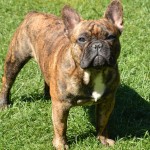 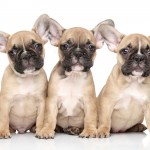