"Pomeranians are intelligent dogs and respond well to training. They are prone to barking excessively for various reasons."

Coat:Thick double: outer coat is long, straight, and harsh in texture, while undercoat is soft, thick and short

The Pomeranian, also referred to as a the “Pom” or the “Pom Pom” is a popular breed of dog, typically classified in the “toy” class of breeds. It has a small stature weighing in at anywhere between 7-10 pounds. It is approximately 5-10 inches high off the ground at the shoulder. They have ears that stand straight up and an abundant coat. Their tails are high on their backs and form a plume of hair, and they have pointed snouts. The range of colors and color combinations of the Pomeranian is abundant.

History of the Pom

The Pomeranian comes from the WolfSpitz of the arctic region. These working dogs were large in stature. The name Pomeranian comes from the geographical area where the breeding was thought to have been perfected Pomerania, Poland. The earliest recognition of this dog was in a manuscript published in the 1700’s that talked about a Frenchman that was fond of his Pomeranian. It wasn’t until the breed caught the attention of the British Royals in 1767 that the breed really started getting some interest in Europe.

The first breed club for the Pomeranian was set up in England in 1891 and the rest as they say is now history. This breed has consistently been in the top 20 breeds owned by Americans over the last 10 years. They are lively dogs that are full of personality which makes them a favored breed choice.

These are lively little dogs with a natural curiosity. They are intelligent and easy to train. They can become aggressive (especially with children) if they are not well trained. Establishing the alpha chain is very important when training a Pom because they can become dominant if there is any question where they fall within the chain and have been known to nip at people and other animals.

With the proper training this breed will easily fit into any family.

Pom’s require regular grooming and of course because of their size make perfect city dwellers. Their thick coat requires plenty of attention in the form of brushing and washing. Most owners choose to use a professional groomer for monthly grooming sessions than just keep up on that beautiful coat with a daily brushing.

They enjoy daily walks with their human companions. They are very outgoing dogs so they do need company since they are such social animals. They do not do well when left for long periods of time.

The Pomeranian is a hardy breed that is prone to only a handful of odd illnesses. They can suffer from “coat funk” which causes hair to fall out and the skin to blacken. They also can suffer from a joint disease that causes their leg to dislocate. The most serious of their genetically prone diseases is tracheal collapse where the rings of the windpipe collapse in causing difficulty breathing.

They are also prone to tooth decay so a diet of hard food is always recommended for this breed and regular dental check ups. 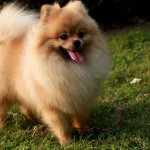 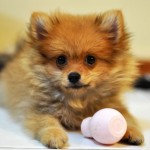 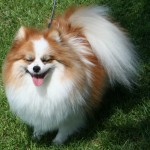